Some may call it a love story

I prefer to call it a horror story.

Today I bring you a legend with much historical truth to it – a story of love… beyond the grave!

It was the year of 1340 in the kingdom of Portugal. The young prince, Pedro, heir to the throne, was about to be married to Constança of Castille. There was no love between them, for love was never important in marriages between noble families.

Along with Constança came her ladies-in-waiting, all of them fair young ladies. Much fairer, it seems, than the bride. But among them one stood out for her beauty. To the prince’s eyes Inês de Castro was the fairest of them all.

The young lady’s parents were members of both the Portuguese and Galician nobilities, but she was not a princess – she could never be a queen! 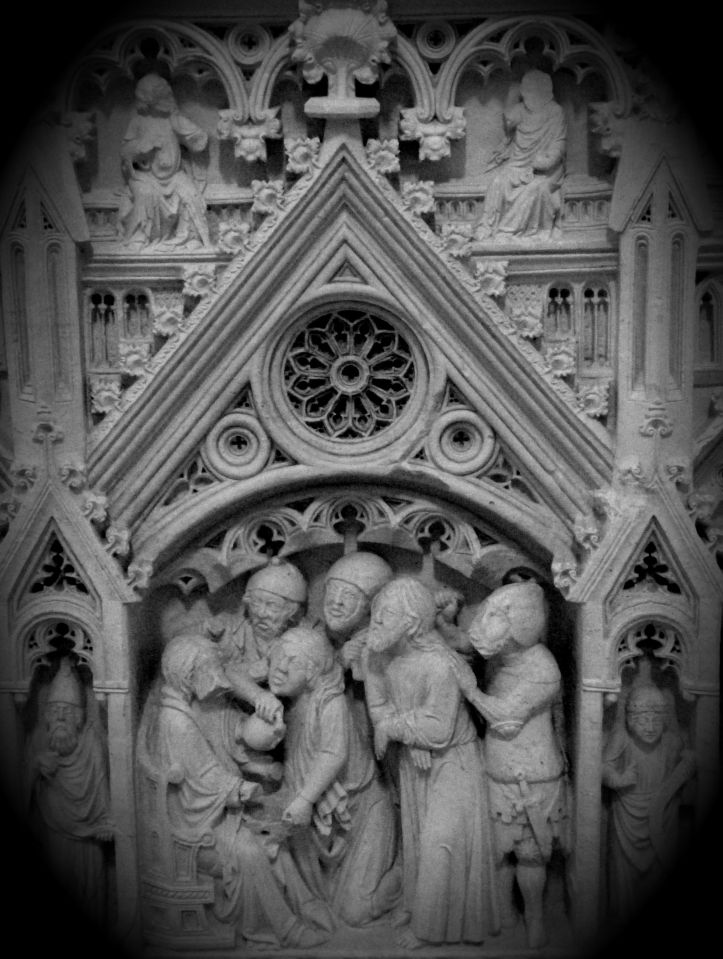 The love between Pedro and Inês grew stronger everyday and it was rapidly becoming obvious to everyone in the court that the prince was neglecting his wife, Constança.

The prince’s father, king Afonso IV of Portugal, was afraid of what this love might mean to the delicate diplomatic relations between Portugal and the kingdom of Castille. Not only was Pedro madly in love with Inês, but her brothers were close friends to the prince as well. Aware that kings often had mistresses, Afonso thought his son would eventually grow tired of Inês.

The years passed and in 1345 Constança died after giving birth to a son. Despite his father’s pleas Pedro refuses to marry any woman other than Inês. Dark shadows were cast over the court and the kingdom was in turmoil.

The prince’s legitimate son was a fragile infant, whereas the children he had with Inês were healthy and happy. Rumours were everywhere in the court: Inês was a witch and her family was planning to murder Constança’s baby so that her own son could ascend to the throne. The king decides to banish Inês from the court, but Pedro remains in love with her, despite the distance.

In 1355, after numerous attempts to keep them apart, Afonso IV decides to get rid of Inês de Castro once and for all. He has two of his counselours speak to Pedro and tell him that the king, his father, would allow his marriage to Inês. But the prince realised this was a trap and replied he would never marry Inês de Castro.

Three men, hired by the king to kill Inês, find her in Coimbra and kill her in front of her youngest child. Pedro, it is said, became half mad at the news of her execution – but he would have his revenge, even if it meant waiting several years.

The prince became the new king of Portugal in 1357 and later, in 1360, he publicly stated that he had secretly married Inês in 1354, although he couldn’t remember the exact day. By doing this their children would no longer be illegitimate and Inês would be queen…

In 1361 two of her killers were found and brought to the king’s presence. The king claimed that they had taken his heart from him and so he would do the same to them. They were both publicly executed and, legend has it, their hearts were ripped from their ribcages… by the king himself.

But the king’s revenge was not over yet. He wanted vengeance from everyone who surrounded him, everyone who had stood against his love for Inês.

Legend has it that Pedro ordered the exhumation of her corpse and had it dressed in the best possible clothes, as would be fit for a queen. The corpse, which had been in its grave for years, was placed on the throne and every member of the court was forced to bow down and kiss the hand of Inês de Castro, swearing allegiance to the new queen – a corpse queen.

Pedro and Inês are still together and still apart to this very day. You can visit their stone tombs in the Monastery of Alcobaça where they are opposite each other. On Judgement day, when the angels sound their trumpets, Pedro and Inês can look at each other’s eyes again as they rise from their stone cold tombs. 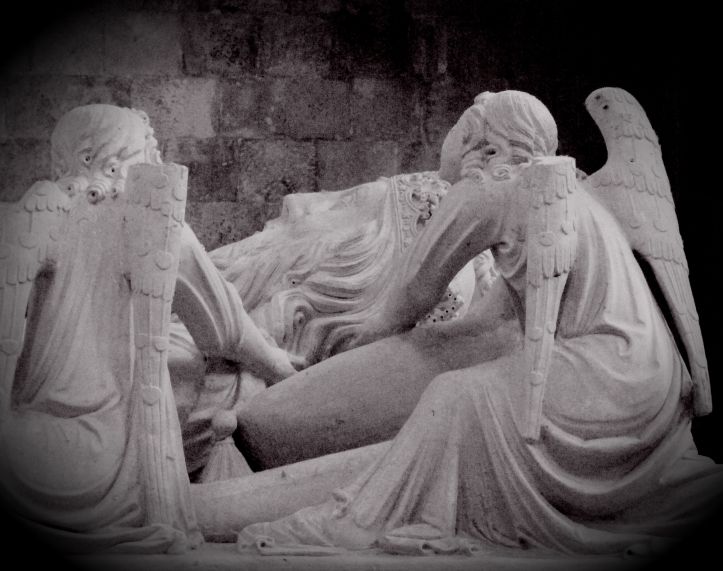