When people go to Sintra they usually take  a day or half-day from their visit to Lisbon to go there. Most of the times, they’ll just go to 1 or 2 monuments and that’s it. That means that many people are missing loads of things, including the subject of today’s post: Quinta da Regaleira.

Although quinta is the Portuguese word for farm this is, by no means, a farm.

You can find plenty of online info about Regaleira, gorgeous photos and lots of the usual info but who will tell you about *all* the other things? Me, of course!

But first a few tips and a small rant.

Tips: When you go to Regaleira it’s advisable to take comfortable shoes and, if you really want to have some fun and skip the guide take a small flashlight with you. I’ll tell you why in a minute. 😉 And if you think that Regaleira seems to be fairly big but you don’t see security people anywhere let me tell that there’s video surveillance virtually everywhere.

Now please allow me just a tiny tiny rant: When you’re visiting a place, whether it’s Paris or Porto or Patagonia it’s nice to show some respect – or at least avoid being disrespectful. Last time I was in Regaleira I was in the famous inverted tower when I noticed a guy who was having fun standing at the top and spitting to the bottom of the tower (where some people were actually standing and taking pictures, but never mind that now!). I won’t mention his nationality because there are ‘good’ and ‘bad’ people everywhere but… really?! What’s the point  in that kind of attitude?!

Anyway, back to Regaleira. There’s a lot of speculation about this place. Why? Mainly because of the man who made it into what it is today, Carvalho Monteiro, and because of all the symbols and imagery you’ll find there, stemming from Rosicrucianism, Masonry, Knights Templar and alchemy – but I’m sure there are more.

You can find some info on their website and on Wikipedia and while some things will be quite clear you have to know where to look to find others. Of course not many guides (if any) will tell you about the library and lab that Carvalho Monteiro burnt shortly before he passed away and they’re usually elusive about the tunnels. In all honesty I don’t know how you can define Regaleira, but I know what it isn’t: an amusement park for grown-ups. I’ve heard several people say this and I lost count of how many times I heard “Oh, my God!” last time I was there, but no, this is not an amusement park. People actually lived here, you know?

So without further delay let me take you on a mini guided tour. 🙂 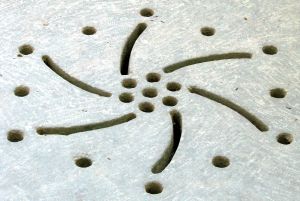 There’s a small chapel in Regaleira. When you enter, look up: 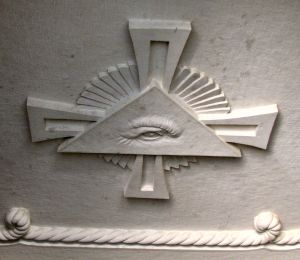 If you take the stairs you’ll find an altar beneath the chapel. That’s right: 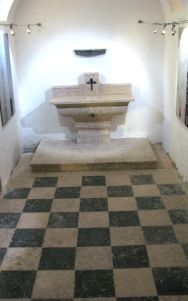 Take the exit to the left and you’ll find what looks like an unfinished tunnel, leading nowhere. 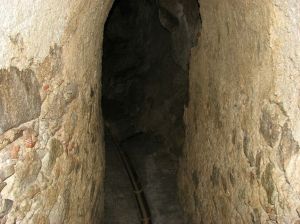 In front of you, the way out: 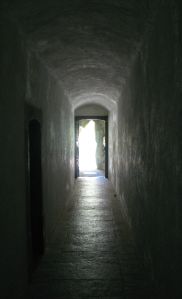 The most famous feature about Regaleira is, probably, the so-called “inverted tower”. Seen from the top: 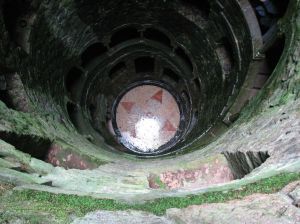 Somewhere in the middle: 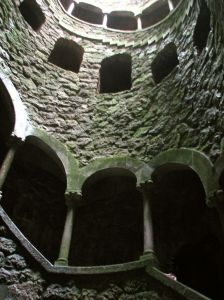 The “floor” of the inverted tower:

This inverted tower has several tunnel exits, but not all are lit, which is why you may want to take a small flashlight with you if you want to explore around a bit. But there are several tunnels which are not lit. If you’re not easily scared and you’d like to explore just remember what I told you about portable light, comfy shoes and remember to watch your head! 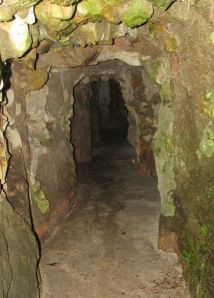 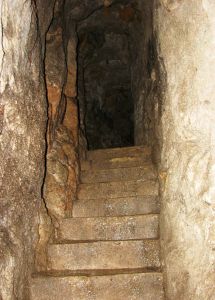 Sorry, this one is reaaaaally closed! 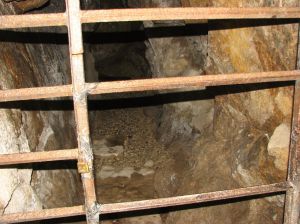 At the top of the main building you’ll find some, well, odd creatures. Like this… rabbit with bat wings?! 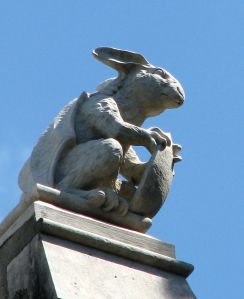 I can hear you all screaming: “Well, we want the other photos, as well!” Don’t worry, they’ll be showing up. 😉

As a final trivia tidbit let me tell you something about cats. There’s a couple of black cats (how appropriate!) that were semi-adopted by the staff. They were named after Carvalho Monteiro and his wife, Perpétua. Yes, I have pictures of them.

And now that I notice it… this post has 13 photos! Can it be just a coincidence?!